Back to DQuinn.net (Home)
The Arrival (Official Trailer)

Half of Arrival is great scifi. The other half is Hollywood doing its best to stretch a short story into a feature film. The movie hinges on a single, Nebula Award-winning concept, adapted from its source material, Ted Chiang’s “A Story of Your Life,” a concept which starts with the Sapir-Whorf hypothesis—the notion that learning a language actively shapes the way you think—and goes a step further, by suggesting that learning a particular alien language, one in which the nature of its syntax enables you to know the ending of a sentence even as you begin to read it, can change your perception of time, and enable you to remember the future.

The film tries relentlessly to needle our eyeballs with “remembrances” Louise (Amy Adams, our linguist-heroine) has of her terminally-ill-daughter-to-be. From the beginning, we’re led to believe that her daughter’s death is in the past, and this misconception of ours is the film’s central narrative trick: only until Louise is literate in heptapod (as the aliens are called; they look like scaly mop-squids) do we understand that she isn’t so much remembering things as she is foreseeing them. It’s clever—it’s Memento, but less complicated, and with aliens. Except I exited Arrival knowing as much about Louise and her inner life as I entered the film, which is to say not much. Who is she besides a grieving mother or divorcee? Some of the very first memories we see in the film are of her daughter and her wedding ring, and they rarely get more specific than that. What does Louise believe in, besides people not jumping to conclusions with her translations and blowing things up? I can’t say that I know, or ever knew.

To be fair, we don’t become so disaffected with Arrival right away. We spend the most enjoyable moments of the film basking in the ethereal glow of the heptapods’ Platonic cave, listening to them speak in echoing, whale-like whines, learning that their written language is unbounded by time, enunciated in inky, floating Rorschach rings, a near perfect illustration of semiotic mystery. These moments are rendered with a satisfying spiritual acuity, and you’re momentarily transported into Terrence Malick’s Tree of Life or the serene, alien dreamscape at the end of Jodi Foster’s Contact.

Yet Arrival very quickly veers from spiritual meditation to Tom Clancy scifi thriller. The intimacy of that liminal space—where we learn language alone has the power to cross the barrier that separates us from an alien Other—is vaporized in a literal explosion set off by alt-right domestic terrorists, and followed up with a runaway plot about squabbling foreign powers. Because of course the villain is an irrational Chinese dictator, an especially comical choice when juxtaposed with our very own irrational dictator-elect.

This is where Arrival becomes The Terminator and takes on the paranoiac nationalism of Independence Day. If Arrival hewed more closely to Chiang’s short story—that is, literally narrowed the scope of the film to Louise’s personal journey—I wonder if we might (ironically) have more time to meditate on the value of cherishing each moment we’re given despite life’s apparent determinism, rather than having it narrated to us in the closing scene via voiceovers.

Either way, Arrival does run out of time. In the absence of a viable denouement to its unnecessarily apocalyptic central conflict, the film imports the same lazy, predestination paradox that Interstellar employed to add more gravitas to its long, loud Christopher Nolan bong. That is, we learn the aliens have gifted Louise the ability to remember the future because “In three thousand years [they] will need humanity’s help.” No further explanation, of course, is required. So obviously, Louise “remembers” the magic words that will stop the faceless Chinese dictator from starting World War III, and the governments of the world are united via the pacification of the restless Other. It’s a time-travel plot to stop a world-ending foreign dictator that was done with less cultural nuance and narrative integrity than Madeleine L’Engle’s A Swiftly Tilting Planet, which is a 10th grade scifi novel published in 1978.

Arrival, it seems, misses the forest for the trees. It presents a common language—the directionality of memory and desire—as an essential, human experience of time, in order to erase differences between us, but does so in the context of an uninspired, imperialist view of the world. By the end of Arrival, our brave linguist has become a blank slate, like her daughter, with no agency of her own and nothing to say except I saved the world, but I don’t know how. 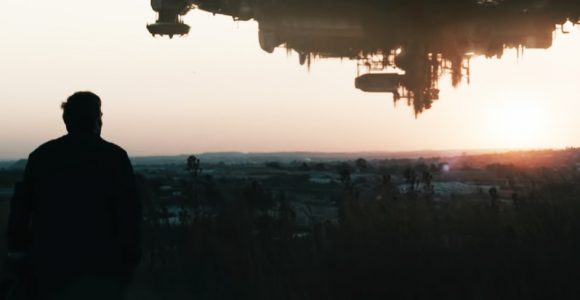 What sets a film like District 9 apart from the rest is its willingness to be thematically unrelenting, to mix fantasy with drama—to take itself seriously. 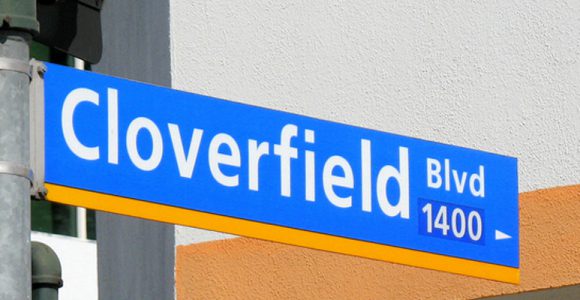 In alternate reality games (ARGs), every source is speculative at best. The “Untitled J. J. Abrams Project” trades all the promotional liabilities of the filmmaker for a viral marketing plan. 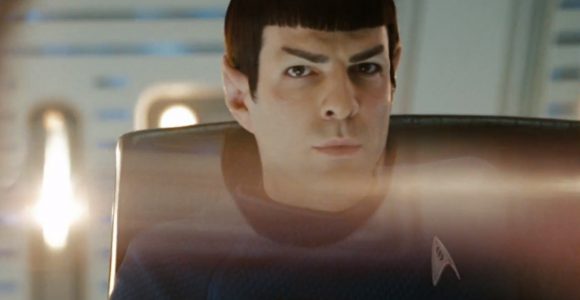 How many times is Kirk going to fall to his death or teeter on the brink of destruction? That’s all there is to Kirk in Star Trek 2.0. There’s not much time for chitchat when everything’s exploding every ten seconds.