Most negative reviews of Avatar waffle between complaining about the movie’s shaky narrative execution and clichéd similarities to Dances with Wolves or any other movie that involves disenfranchised indigenous populations ever produced. These reviewers are technically correct: the movie’s plotting is pretty shoddy at times, there are a lot of clichés, and the depth of characterization leaves quite a bit to be desired. But there’s one thing these reviews consistently bring up that I reject: that somehow, Avatar is flawed for taking an anti-corporate, anti-military-industrial-complex stance. For example, in a review entitled “Avatar’s Sticker Shock (And Awe),” J. Hoberman of The Village Voice writes:

The rampaging Sky People are heavy-handedly associated with the Bush administration. They chortle over the failure of diplomacy, wage what is referred to as “some sort of shock-and-awe campaign” against the Na’vis, and goad each other with Cheney one-liners like, “We will blast a crater in their racial memory so deep they won’t come within a thousand clicks of here ever again!” Worse, the viewer is encouraged to cheer when uniformed American soldiers are blown out of the sky and instead root for a bunch of naked, tree-hugging aborigines led by a renegade white man on a humongous orange polka-dot bat.

Why is rooting for the victims of imperialistic conquest such a bad thing, especially when it is presented in a light as unambiguously ethical as in Avatar? Why is it “worse” that “the viewer is encouraged to cheer when uniformed American soldiers are blown out of the sky” and instead root for the natives, who in the context of this movie are undoubtedly being victimized? The implication is that anything but an uncompromising belief in the realist fantasy of “progress” is naive, even in a fantasy movie. But the reality is that the so-called American project—which consists of reaching ceaselessly for the Unobtainable—is a fantasy in and of itself. Critics are cowards when it comes to condemning the inhuman acts we are capable of committing in the name of the economy exactly because they fear they may be losing their humanity by doing so.

I am reminded of Wendell Berry’s essay, “Faustian Economics,”  in the May 2008 issue of Harpers, in which he discusses the “doctrine of limitlessness” inherent in contemporary thinking about the economy and ecopolitics. This doctrine he defines as a philosophy of “unrestrained consumptiveness, the commonly accepted basis of our economy is the supposed possibility of limitless growth, limitless wants, limitless wealth, limitless natural resources, limitless energy, and limitless debt.” The fantasy of the realist is the fantasy of “limitlessness [that] perhaps arose from the coincidence of the Industrial Revolution with the suddenly exploitable resources of the New World.” To Berry, contemporary man is a walking contradiction, a human being who defines himself as a “limitless animal,” to whom freedom means “limitless selfishness,” the freedom from all restraint.

In Avatar, the humanity of the realist is the exaggerated image of The Company, reaching ever skyward for “Unobtainium” to fuel its limitless growth, whereas the humanity of the Na’vi is that humanity of “appropriate limitation,” which understands that a working ecosystem is inexhaustible as long as it is kept in balance. Writes Berry:

This concern persists at least as late as our Declaration of Independence, which holds as “self-evident, that all men are created equal; that they are endowed by their Creator with certain unalienable rights . . .” Thus among our political roots we have still our old preoccupation with our definition as humans, which in the Declaration is wisely assigned to our Creator; our rights and the rights of all humans are not granted by any human government but are innate, belonging to us by birth. This insistence comes not from the fear of death or even extinction but from the ancient fear that in order to survive we might become inhuman or monstrous […] Our cultural tradition is in large part the record of our continuing effort to understand ourselves as beings specifically human: to say that, as humans, we must do certain things and we must not do certain things. We must have limits or we will cease to exist as humans; perhaps we will cease to exist, period. At times, for example, some of us humans have thought that human beings, properly so called, did not make war against civilian populations, or hold prisoners without a fair trial, or use torture for any reason.

Some of us would-be humans have thought too that we should not be free at anybody else’s expense. And yet in the phrase “free market,” the word “free” has come to mean unlimited economic power for some, with the necessary consequence of economic powerlessness for others.

Unlike District 9 or Children of Men, Avatar isn’t gritty, subtle, or postmodern in its allegorical zeal. Granted, District 9 and Children of Men are better movies, in the execution of their ideology and the execution of their narratives. But despite all the complaints about hokey dialogue and clichés in Avatar, we do have one very interesting transhumanist concept that I, for one, haven’t seen depicted on the big screen with as much scientific plausibility anywhere else: a fascinating biological Singularity, wherein the consciousnesses of living entities can be uploaded and downloaded through a naturally occurring Jupiter Brain. Is Unobtainium James Cameron’s take on the computronium of the transhumanists? According to Cameron, it’s just a naturally occurring, room temperature superconductor. Critics too concerned with the rock’s silly name (a popular portmanteau for fanciful scifi baubles) will never begin to speculate, because they’re too busy comparing the Na’vi to Jar Jar Binks, or labeling the movie a “facile anti-business, pro-eco-terrorism plot.” The movie is ham fisted with its parallels because it’s interested in the dreamlike, CG qualities of a fully realized fantasy world, and the two-dimensionality of characters who represent these persistent psychological types appear time and again in stories about this struggle between competing allegories for humanity’s future.

We all know Avatar isn’t the scifi masterpiece Cameron set out to create. It isn’t Star Wars, and it isn’t Lord of the Rings. But the unapologetic simplicity of its message is inspiring, and in an age of thoughtless blockbusters that glorify the military industrial complex, like Transformers 2, reimagined Star Trek, and Terminator: Salvation, I’m thankful for that much.

Comments on James Cameron’s Avatar and the Doctrine of Limitlessness

Well said! I also thought it was an inspired choice by Cameron to make the protagonist disabled, thus rendering the contrast between ‘The Company’ and the Na’vi even more stark. Had he been able-bodied and athletic, I don’t know if it would have resonated as much…..

Thanks Greg, I agree. The main character’s disability, as well as the whole “cyborg” interface with the Na’vi bodies is an avenue for interpreting the movie that a lot of critics overlook because they spend most of the time complaining about the clichés. 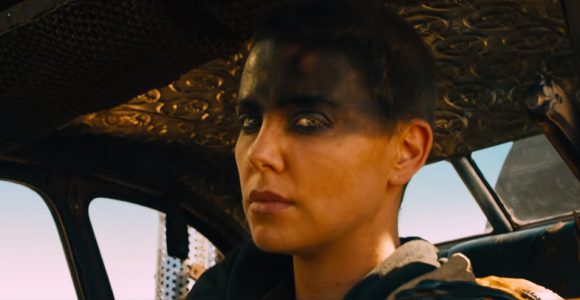 Despite the wildly different approaches to storytelling Mad Max & Tomorrowland take to the apocalypse, I was surprised to find their message is the same. 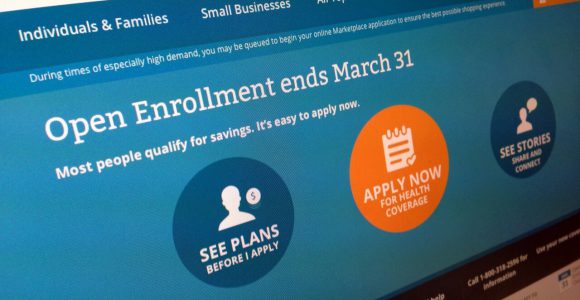 Okay Chris Carter, We Need to Talk About the X-Files Season 10 Revival

Some secrets need to remain buried, and the 2012 Mayan apocalypse is one of them. X-Files love runs deep for me, as it does for many fans. Here are my thoughts about the revival.